I picked up my paintings from the Small Wonders show at FCCA. Just a few days ago, Tufted Titmouse was sold online, so I called FCCA where the painting was hanging to let them know it was sold and they informed me it was already sold to someone who came into the gallery. So....sold the same painting twice to my surprise. Can you say "Paypal refund?" 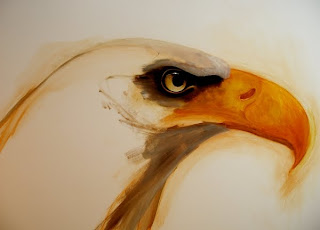 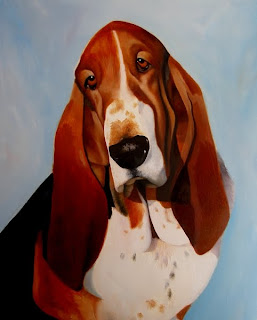 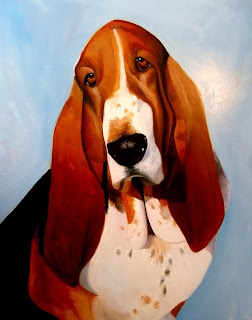 This is about half way finished. A few have asked about portraits since I started posting in progress images of Newt...if you are interested in a portrait of your dog, send me an email at tracey@traceyclarke.com.
Posted by Tracey Clarke at 1/25/2011 03:11:00 PM No comments:

On the easel....in the studio

My painting time is still rather effected by ongoing, but improving neck and shoulder issues. Still at two physical therapy appointments a week, so painting hours are still cut back to 15 to 20 or so hours a week. Twenty is a good productive painting week if it happens. Even as I sit here in front of the computer I can feel my neck begin to burn..fun times.

This afternoon there was a short stretch when I became unaware of my physical issue and realized that I had six paint brushes in my right hand and two in my left. This is a great sign of the rhythm of "being in" a painting. A nice change from squirming and adjusting to relieve the pain.

I have about twelve to thirteen paintings lined up for the next New Mythology show in November. About half are done and another half are either started with paint or in my mind. I have sold several of the series' paintings, so I have work to do, but I don't need to really start wrapping up actual painting until August or so. Let's see what sort of magic happens until then...the state of the studio today is a fantastic mess with paintings in various stages of completion. 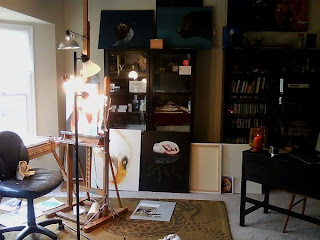 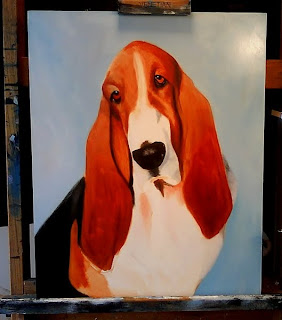 "Newton" on the easel...coming along beautifully.... 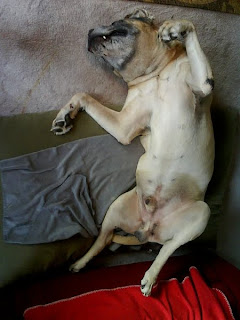 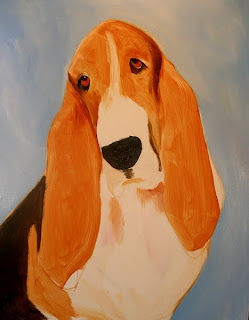 I started a portrait for friend and fellow artist Kathleen Krucoff. Kathleen and her husband Dan have three basset hounds and I have been given the honor of painting Newton.

Still rotating between birds for the July show and New Mythology's polar bear, lamb...and who knows what for the November show. I have sold a number of the small birds, so keeping numbers up for the FCCA gallery is ongoing. I am planning to have prints available for that show and playing with the idea of giving away one of the paintings in a drawing....

In an effort to use all the paint at the end of the day, I have been doing these loose, impressionistic small works. It really is a completely different process than traditional realism which is my genre of choice. Turning off the mind and taking down the boundaries a bit in a painting is refreshing.....If you want this one shoot me a private message. 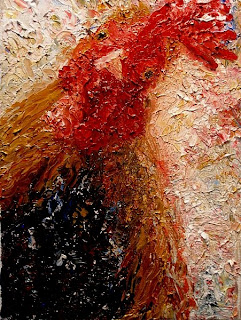 Man, have I been away this long?
Last week I started a new painting. This is a bald eagle...or the beginnings anyway. With all the small birds I have been painting, I felt it was time for a bird of prey...so, plugging away at paintings for the bird show and next New Mythology show in Maryland..... 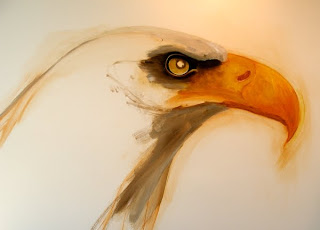 I have been using the left over paint on the palette at the end of a painting session to do quick studies... 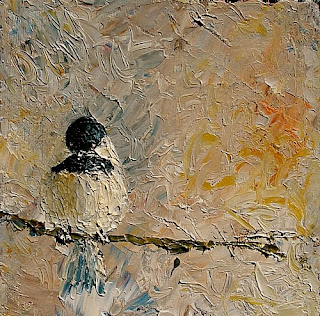 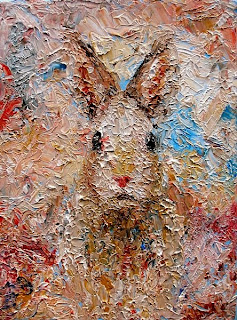 Tracey Clarke
Fredericksburg, Virginia, United States
Tracey was an oil painter from Fredericksburg VA; a follower of Jesus, a lover of people and animals. After a courageous 29 month battle with terminal brain cancer, she is now with the Lord. Her main body of work was called "New Mythology." Her blogs remain behind for us to engage the deep spiritual wisdom of an unusually gifted and unique person.